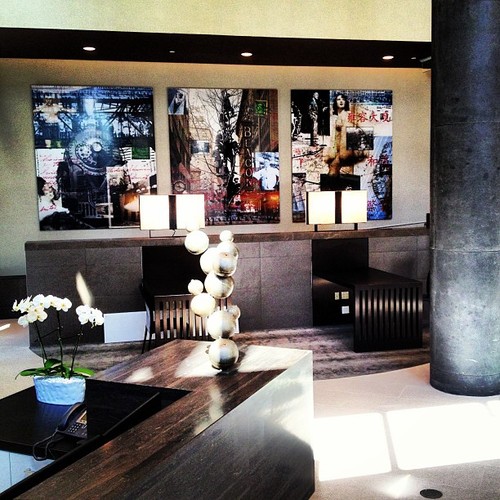 The Art of Stephen Sheffield in The Kensington

Step into the vibrant lobby of The Kensington, and you’re greeted by a trio of stunning eight-by-seven-foot photographic montages — a permanent commission by renowned artist Stephen Sheffield.

Known for his compelling photography and mixed media work, Sheffield created the pieces using an arrangement of vintage and original photographs — images that speak to both The Kensington’s place in the neighborhood and the neighborhood’s incomparable place in Boston’s past and present.

“It’s more than pictures on a wall.” Sheffield says. “It helps place The Kensington in history, in a neighborhood that keeps an eye on the past but also looks toward the modern.”

In selecting the images to include in his work, Sheffield decided each panel would need an iconic image to anchor it — one that could stand on its own, but also withstand and complement the presence of other images woven over and around it.

First and foremost is the railroad, a nod to the city as a major transportation hub and to the proximity of South Station. There’s also an image that recalls Boston’s past as a big boxing town, and a photograph of the first Boston Marathon.

The second panel showcases a nautical map of Boston Harbor, a classic view of Tremont Street, an image of schoolchildren who have climbed a tree to watch a baseball game on Boston Common and a photo of the first African American players on the Red Sox.

The third piece incorporates famous Boston burlesque artist Ann Corio and a map of Boston as the Central Artery highway was being raised above the city. You’ll also find Chinese lettering that Sheffield captured because he loved the feel of the letters as well as their meaning, “peace and prosperity.” For this final piece, Sheffield photographed the exterior of the building itself to create the overlaying scheme.

Sheffield’s appreciation for historical imagery is contagious as he describes the hours spent digging deep in the Boston Public Library’s photo archives. He talks about how moved he was to find one image in particular — a photo of Mayor Kevin White talking to a Boston crowd the night Martin Luther King, Jr. was assassinated. Behind White stands the singer James Brown, who was in town on the day of the assassination and was instrumental in helping to calm the city. “It was an important political moment,” Sheffield says, “but also just a very cool picture.”

From our first efforts in planning for The Kensington, we were grateful for the opportunity to be a part of Boston’s historic center and share space with its thriving arts and theatre communities. Stephen Sheffield’s work offers us a new lens through which to view that history and a deeper appreciation for community and collaboration.