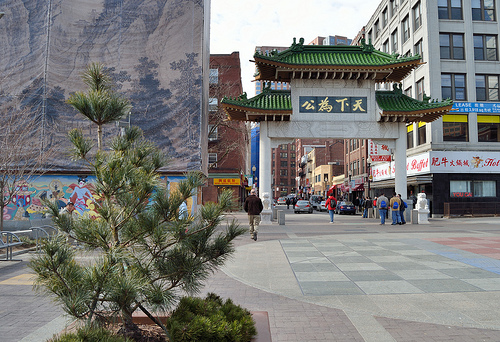 Famous for being the only dining destination open all night in Boston, South Street Diner is indeed open 24 hours a day, seven days a week. You’ll find classic diner fare – you know – eggs, pancakes, onion rings, burgers, and such, but you also get a late night smathering of famous peeps, promos and events. If you’re belly’s still rumbling after the clubs close down, stop by South Street and keep on playing. No matter what you crave, you’ll find it late night at South Street. You can also reserve tables from 1-5:00 am for parties of three or more. Just call ahead (617.350.0028) and let them know you’re coming.

Though 1 a.m. on weekdays and 2 a.m. on Fridays and Saturdays doesn’t compare to the other joints on this list, we recommend you still try and pop in to Kaze Shabu Shabu in Chinatown. Literally translated to “swish swish,” shabu shabu dining involves cooking various meats and vegetables into a boiling broth at your very own table! Grab your buddies and try your hand at this Asian-style hot pot cooking hotspot.

Admitting that the name is fully enticing, Peach Farm in Chinatown is open until 3 a.m., and serves classic Hong Kong-style options of beef, porch chicken, vegetable and duck. However, their extensive list of seafood options is bar none.

Whoever met a dumpling they didn’t like?! This Chinatown favorite specializes in soup-filled dumplings called xao long bao (meaning “steamed little juicy buns.”) Say it again, ‘steamed little juicy buns’. Yes I know, you’re making plans now to visit this weekend. And lucky for you, these little buns of joy are available seven days a week until 2 a.m.

If you haven’t yet stumbled into this Chinatown spot after midnight, then you haven’t really experienced late night dining in Boston. When bars and clubs close, hungry patrons flood this hotspot as it serves food until 4 a.m!