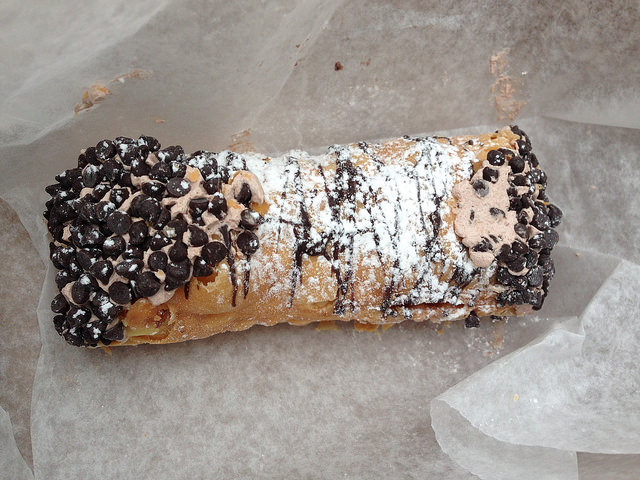 A few years ago, Boston Magazine awarded Maria’s Pastry Shop the honor of the Best Cannoli in Boston. This accolade came as no surprise to devoted customers, who already knew that Maria’s team fills each cannoli to-order, ensuring the freshest confection possible. That team consists of three generation of bakers, the same who’ve been working behind the counter since it debuted in 1982.

In addition to the signature cannoli, Maria’s staff also crafts many other Italian desserts, like the Lobster Tail. The pastry evokes its namesake in shape, but not in taste, since it’s stuffed with a sweet vanilla mousse cream. The Sfogliatelle is a traditional Neapolitan creation also inspired by the sea, but this one is shaped like a clam and contains sweet cheese, citrus fruit, and cinnamon. Maria’s team also offers cookies, cakes, and special holiday treats, so there’s always something new to try at this beloved Boston shop.